Earth is a unique case in the solar system: it is the only terrestrial planet with a bimodal crust: continental vs oceanic crust. ​If compared to its sister planet Venus (roughly the same diameter), this feature is particularly striking. Venus topography appears singularly flat compared to our planet with nearly 51% of the surface located within 500 meters of the median radius and only 2% of the surface located at elevations greater than 2 kilometers. The dichotomy of Earth's crust is classically interpreted as a result of the existence and persistence of plate tectonic over geological ages.

Difference in elevation on Earth compared to Venus, our planet is characterised by a bimodal crust elevation.

Birth, life and Death of the Oceanic crust.

﻿Mid-Oceanic Ridges (from the mantle to the surface).﻿

Subduction zones ﻿﻿(from the surface back to the mantle)﻿﻿. 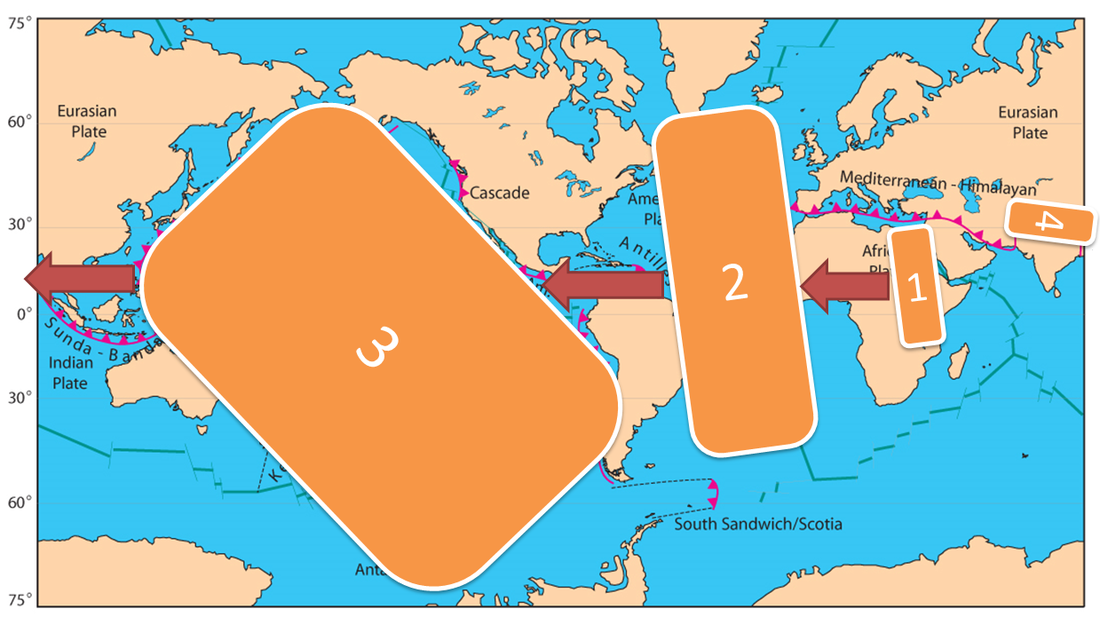 Illustration of the main stage of the Wilson cycle on modern Earth. From 1. continental rifting 2. slow ocean spreading 3. fast spreading and 4. closure of old oceanic domain by continental collision.